So you have a “Roozilla”

Posted on May 2, 2019 by cindyfrisendahl

Roosters, ya have to admit they are pretty cool looking and some are even downright gorgeous birds, however, they can also sometimes be as nasty as they are pretty.

When I first started with chickens, my intention was not to have a rooster, I purchased all females, uh or so I thought.  At the time I had started with six birds, ha I have to laugh since our farm is a perfect example of chicken math, ah well math was never my forté anyway so that’s my excuse and I’m sticking to it. Six chickens, twenty chickens, thirty-three chickens, it’s all the same. Anyway, all of my chicks were sweet as can be and always friendly…all my little “girls” and that includes “Chrissy” my pretty little Easter Egger.

I started our flock in early April of 2018 (what I have learned in just a  over a year has been nothing short of amazing and I continue to learn and share the wealth).  Somewhere around I think June as I was brushing my teeth in the morning I heard this sound that made me stop and think HUH? 😲 and went back to brushing my teeth.  A few minutes later, that same sound!  This time I thought, hmmm that almost sounds like a kind of wonky crow sound, nah couldn’t be…could it??  Well folks, as the day went by I heard a little more and by the end of the next day I said “yep we have a roo”!  As the days went by, “Chrissy’s” crowing became stronger and stronger and there was no doubt in my mind, this was a full blown rooster, so in order not to “cornfuse” her/him I re-named him Ricky…sounded close to Chrissy and well we already had Lucy….so this Ricky now had some “splaining to do”.  My sister in law said “get rid of him”, a couple of other people also said “you don’t want a roo, they are nasty”, but I loved him and he was so nice that I told them as long as he is nice he stays.  I’m not want to just give up a pet, especially since I raised the little fella since day 1.

Ricky has been terrific with taking care of the flock, no matter how much it’s grown since that day back in April, and oh how it’s grown and continues to 😊  We don’t have much of a predator issue here, thank God, however, hawks are the biggest threat and I’ve watched him always ward off the beasts and watch over everyone, he was still nice and that was fine, in fact, I would even be able to pet him and hold him and never an issue.

BUT, one day around August, as I’m reaching in to scoop out their food, something rams into the back of my legs and scared the 💩 outta me! As I turn around I see Ricky with hackle feathers all puffed up and getting ready to lunge at me again! He was bound and determined to mess with me until I was able to grab a shovel and scare him away!  Ever since that day, Ricky became Roozilla!  We’ve had our run-ins more than once now, and on one occasion when he went after me, I had nothing around to grab and as I was backing away watching him closely he went after me and wound up puncturing  my knee, leaving a tiny hole and some nice bruising! That was it!  I grabbed a rake finally and went after him telling him if he keeps it up he will be on the dinner plate!

He still has his short circuit moments, the worst was going after our grandson for no reason at all other than to just want to run all the way across the yard at him and my husband really went after him, couldn’t blame him and I just yelled, “if you wind up killing him do it so he’s still edible”.  He didn’t kill him but really stunned him, did it sink in? Nope!  He continues but that’s their nature, for whatever reason the flock is theirs no matter what, he’s a great protector for them and that’s the main reason I keep him.  This is not an odd story by any means, roosters are what they are and some may be great always, but for the most part they’re not good with children, so I don’t recommend having one with kiddos around.

However, you can tame a Roozilla or at least make him have better manners…

Once you’ve established your dominance he will respect you.  You may still have to stare and stomp at him every so often to remind him.  Just remember, he’s the one taking care of the girls and he’s just letting you know that they are his.  In time he’ll learn you’re not trying to take his job.

Ricky will still tempt, but when I let them all out in the morning, Sir Ricky is always on the crate and he waits for most of the girls to get out before he jumps off and moves out…all the while keeping his distance with me, of course I always tell him “you really don’t wanna do this do you” and off he goes!  To date, I cannot say this will totally cure your Velociraptor but it will sure help quite a bit and make things more pleasant for both of you.

Just remember to stay consistent with the “taming of the roo” and hopefully you and your rooster can live harmoniously, but sometimes there does come a time when it just may not work out and again I do warn about having children and roosters.  We always watch out when Noah our grandson comes to visit and is outside, because those Velociraptors can and will come out of nowhere!  Obviously I do not buy males, however, right now in the nursery is a mystery chick sent by the hatchery, little Peanut is adorable and I’m thinking may even be a Bantam since she’s the smallest, but I’m hoping that she does not pull a “Jenner” move and turn out to be a he because two roosters could be an issue, so we shall see.

So as it stands right now,  each night when I go in to “tuck everyone in” and do a head count that, I will put my hand on Ricky’s back and sometimes pet him….all the while telling him “you really are a 💩 but if you mind yourself you may stay off the plate” 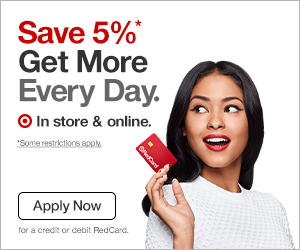